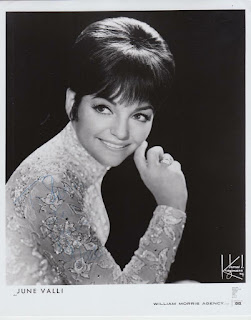 Here are several famous standards performed by the great singer June Valli.
June Valli (1928 – 1993), the stage name of June Foglia, was an American singer and television personality.
Born in the Bronx, Valli's father was Italian, and her mother was Austrian. She worked as a bookkeeper after her high school graduation. Her singing of Stormy Weather at a friend's wedding reception led to an appearance on Arthur Godfrey's Talent Scouts, where she won. She subsequently appeared on Perry Como's and Ed Sullivan's TV shows.
Valli was one of the stars of the 1950s television shows Stop the Music and Your Hit Parade. She sang on the latter show during the its 1952–1953 season. At the start of the 1953–1954 season, she was replaced by singer Gisele MacKenzie.
Donald Swerdlow and his 12-year-old Bronx friends, students at Public School 6 were asked by June's manager to start a fan club for her. They did this and paraded in front of a TV studio carrying "picket signs" promoting her recordings of "Now Now Now" (an American version of the Israeli favorite, Hava Nagila, and the record's flip-side, "Always Always."
In 1957, Valli and Andy Williams were co-hosts of The Andy Williams-June Valli Show, a summer replacement program on NBC-TV. A newspaper article noted, "It's her first chance in three years to settle down in one place."
Valli recorded a number of hit songs, including "Strange Sensation", "A Shoulder to Cry On", "Crying in the Chapel", "Why Don't You Believe Me?" and "Unchained Melody". Throughout her career, she sang with various stars of the time, including Mel Torme and Fats Domino.
Enjoy June Valli's big voice! 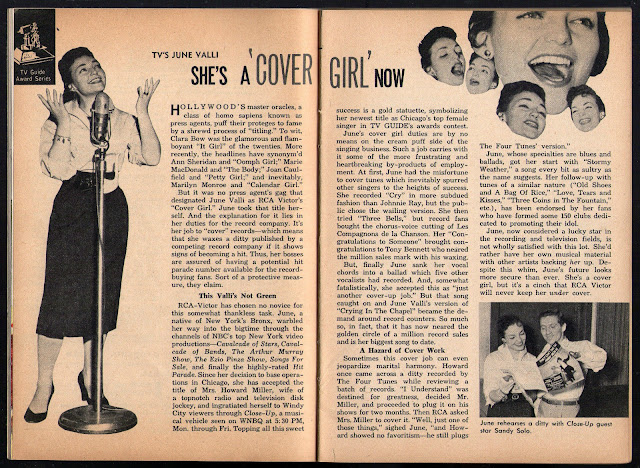 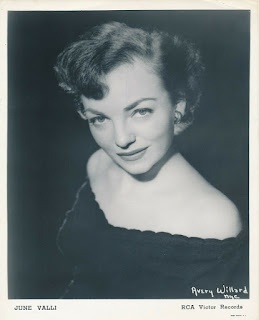 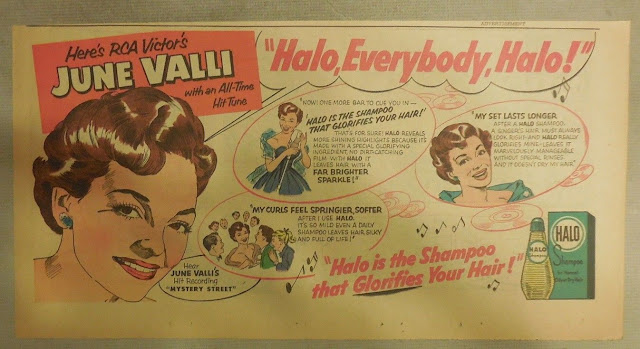 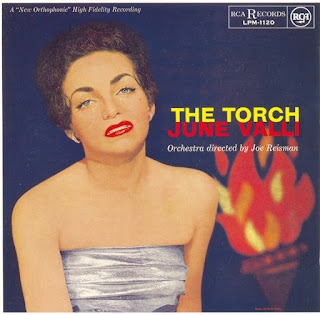 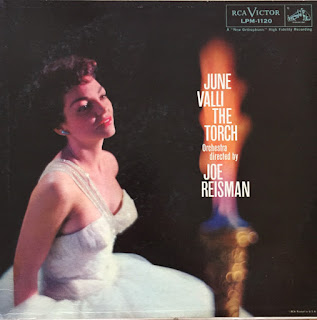 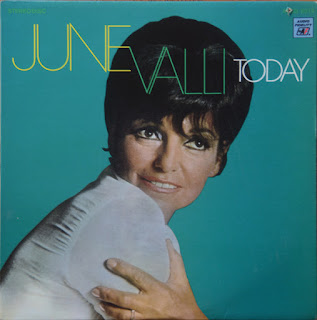 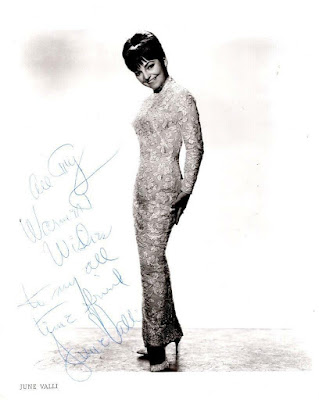 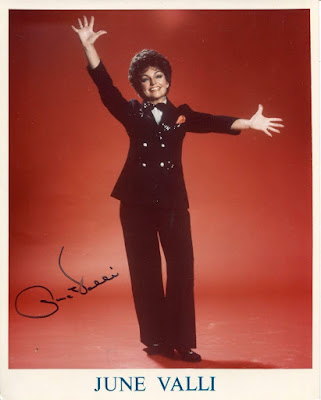