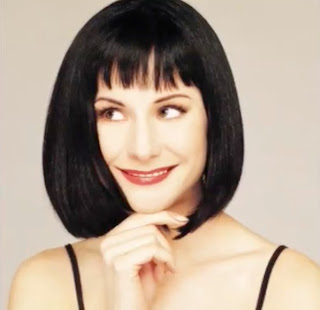 Here is a famous and beautiful Stephen Sonheim song wonderfully performed by Susan Egan.
Susan Egan (born in 1970) is an American actress and singer known for her work on the Broadway stage. Egan was born in Seal Beach, California. Always wanting to be a performer, she spent most of her time taking dancing and singing lessons as a child. She started her career touring with the performance group The Young Americans. While attending UCLA, she took time off when Tommy Tune cast her as Kim in his touring production of Bye Bye Birdie. After the tour ended, she was cast in the tour of State Fair and won the coveted role of "Belle" in the original Broadway cast of Beauty and the Beast for which she was nominated for the Tony Award and the Drama Desk Award, Outstanding Actress in a Musical. She played "Belle" for one year on Broadway and then reprised her role in the Los Angeles production in 1995 along with many of the original Broadway cast members. At the Sacramento Music Circus, she played "Maria" in The Sound of Music in 1996 and "Molly Brown" in The Unsinkable Molly Brown in 2002. She joined the Broadway musical Thoroughly Modern Millie in February 2004 as "Millie".
Egan's voice has been featured in the English language versions of two feature films by Japanese animator Hayao Miyazaki, Spirited Away and Porco Rosso, as well as the Disney animated feature, Hercules as Megara, the role she is most widely known for playing. Egan appeared at the Hollywood Bowl in the concert version of Show Boat in August 2001 as "Julie". She has performed in one-woman cabaret-style concerts at the Carpenter Performing Arts Center in October 2001, and the Orange County Performing Arts Center in 2000. She sings with symphonies as well; she performed in concert at the Walt Disney Concert Hall with the Gay Men's Chorus of Los Angeles in November 2004.
Susan Egan was in Lady and the Tramp II: Scamp's Adventure as Angel (singing voice). She was the Interim Artistic Director of the Orange County High School of the Arts in 2002-2003. On television, she is best known for her co-starring role as Nikki Cox's Eve Arden-ish best friend on the WB sitcom Nikki, which ran for two seasons from 2000-2002.
Enjoy Susan Egan's powerful and emotional voice!