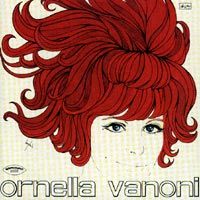 Here is the song from the 1970 movie « Anonimo veneziano » (with Florinda Biolkan) performed by one of Italy’s greatest singer, Ornella Vanoni.
Ornella Vanoni (born in 1934) is one of the most credited pop singers of Italy. She is known for her sophisticated pop style.
She started her artistic career in 1960 as a theatrical actress of Bertolt Brecht works, under the direction of Giorgio Strehler in his Piccolo Teatro of Milan. At the same time, she started singing, recording for a high-class public. The folklore and popular songs she reinvented in her recordings of this period, especially the ones connected with organized crime, gave her the nickname « cantante della mala » (« Underworld Singer »).
Owing to the songs "Senza fine" and "Che cosa c'è" written for her by Gino Paoli, her popularity rose in 1963. Next year, she won the Festival of Neapolitan song with "Tu si na cosa grande".
In the following years, she took part in a series of Festivals of Italian Song in Sanremo, which resulted in great successes with the songs "Abbracciami forte" (1965), "Io ti darò di più" (1966), "La musica è finita" (1967), "Casa bianca" (1968), and "Eternità" (1970).
Later in the period, Vanoni released the hits "Una ragione di più", "Un'ora sola ti vorrei", and "L'appuntamento". The Swinging Blue Jeans carried Vanoni's song "Non Dirmi Niente" to the U.K. chart under the English title "Don't Make Me Over".
In 1976, Vanoni cooperated with Vinicius de Moraes and Toquinho releasing the hit "La voglia, la pazzia, l'incoscienza e l'allegria". During the 1980s, she released "Ricetta di donna", "Uomini", and "Ti lascio una canzone" (a duet with Gino Paoli). In 1989, she returned to Sanremo Festival with the song "Io come farò". In 1999, she recorded "Alberi", a duet with Enzo Gragnaniello. She was mostly active performing live and as a guest singer in recordings. In 2004, she released a duo album with Gino Paoli to celebrate her 70th birthday.
In addition to her singing career, Ornella Vanoni was active in other arts, starring in stage and TV shows, movies, and posing nude for the Italian edition of Playboy magazine. The inclusion of her former hit "L'Appuntamento" (1970) on the Ocean's Twelve soundtrack sparked a worldwide renewal of interest in Ornella Vanoni.
Enjoy Ornella Vanoni’s style!
(Another Vanoni song in our tribute to Florinda Biolkan - see Great actresses.) 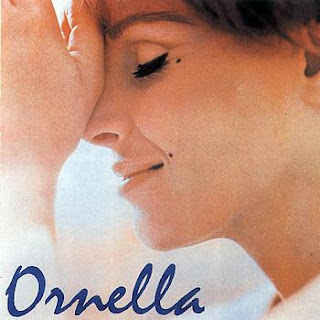 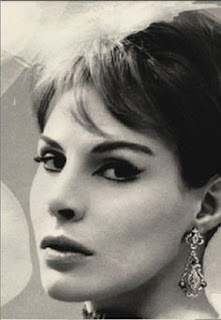 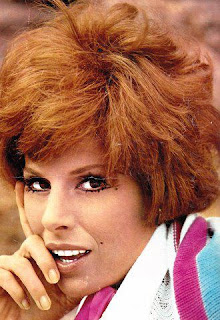 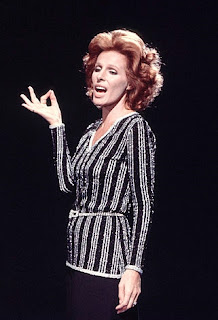 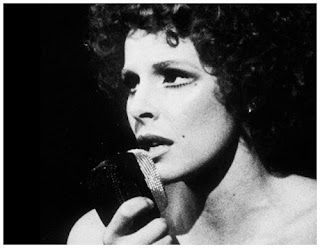 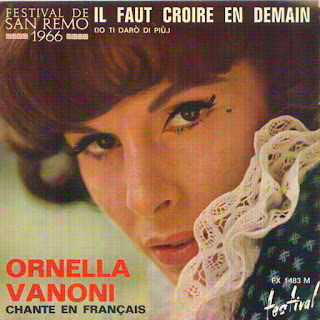 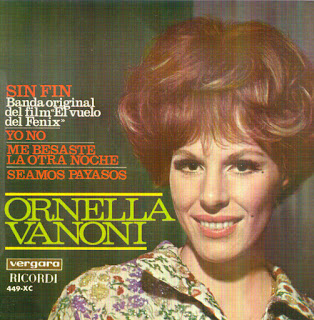 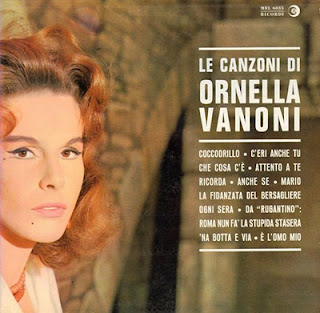 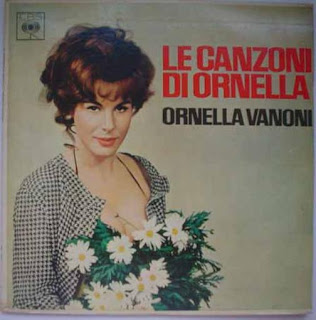 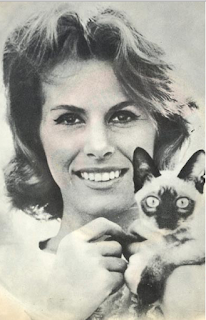 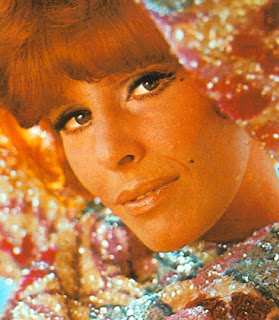