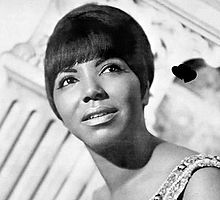 Here are 2 great standards performed by Aretha Franklin’s "soul sister", Erma Franklin.
Erma Vernice Franklin (1938 – 2002) was an American Gospel/R&B singer. She was the elder sister of American singer/musician Aretha Franklin. Franklin's best known recording was the original version of "Piece of My Heart", written and produced by Bert Berns, and recorded in 1967, for which she was nominated for a Grammy Award. The better-known cover version of the same song was recorded the following year by Big Brother and the Holding Company, with the lead vocal by Janis Joplin.
Erma Franklin was born in Shelby, Mississippi and raised in Detroit, Michigan, where her father was pastor of the New Bethel Baptist Church. During her childhood Erma and her sisters Aretha and Carolyn sang at New Bethel Baptist Church. Later, when sister Aretha became a recording artist, Erma provided backing vocals and toured with Aretha. Among her most notable back-up performances for her sister was on Aretha's signature tune, "'Respect". Franklin's version of "Piece of My Heart" was a top ten R&B hit in the U.S., and also peaked at number sixty-two on the U.S. Pop Singles chart. In the UK, the single was re-released in 1992, due to a successful Levi's jeans commercial ("Cinderella" AKA "Night and Day" directed by Tarsem Singh), when it peaked inside the UK Singles Chart at number nine. Franklin told an interviewer that when she first heard Janis Joplin's version on the radio, she didn't recognize it because of the vocal arrangement. Erma's solo recording career was hampered by misfortune and by contracts with record labels who did not find the most suitable material for her husky voice. In the mid-1970s Erma left the music industry, apart from occasional engagements with Aretha. She was one of the special guests on Aretha's 1986 Showtime cable television special - filmed at Detroit's Music Hall - and also performed on June 28, 1990, at the Nelson Mandela's rally at Tiger Stadium.
Enjoy Erma Franklin’s big voice! 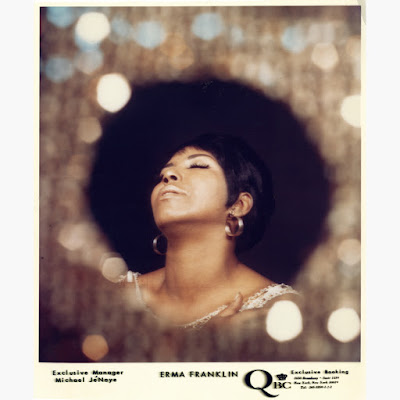 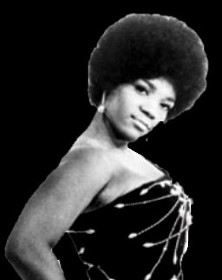 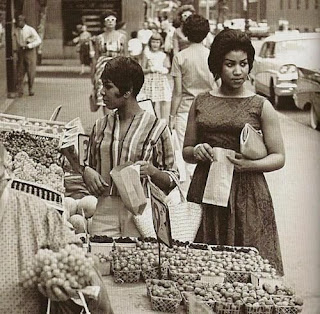 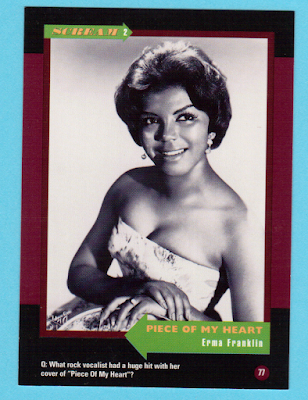 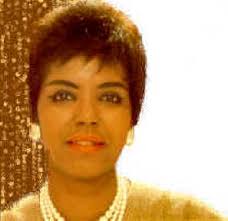 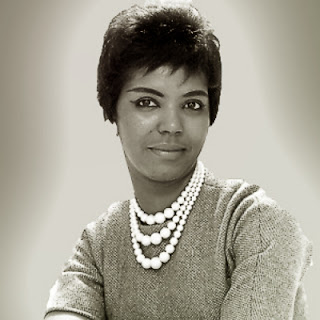 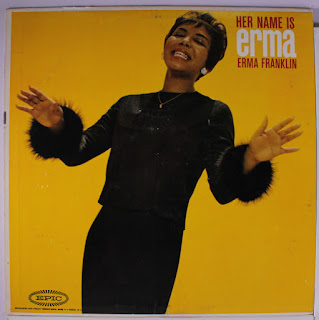 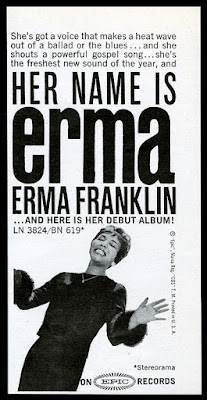 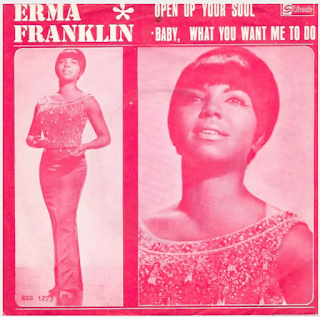 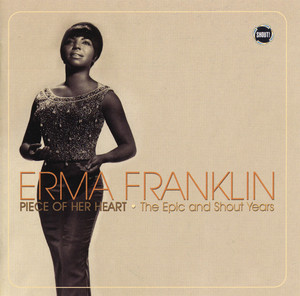 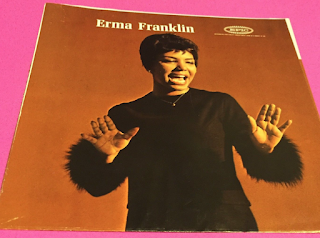 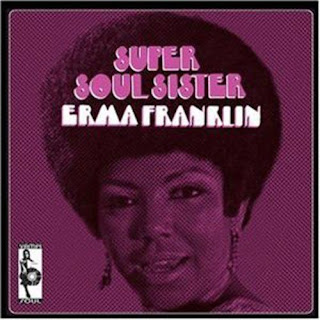 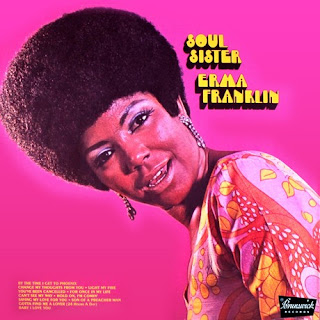 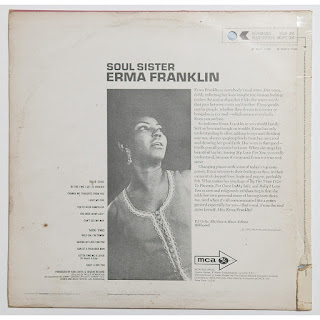 For once in my life