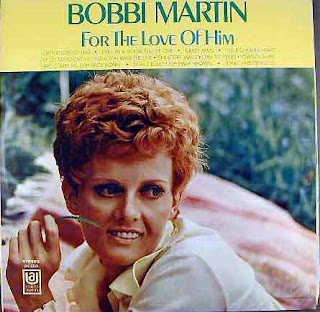 Here is a classic standard (and one of her great hits) performed by the great singer Bobbi Martin.
Bobbi Martin (1943 – 2000) was an American country and pop music singer, songwriter, and guitarist. She grew up and began her singing career in Baltimore, working her way up from local venues onto the national nightclub circuit.
Martin recorded for Coral Records for several years before releasing her debut album, Don't Forget I Still Love You. The title track was a hit in the U.S., peaking at No. 2 on the Easy Listening (adult contemporary) chart and No. 19 on the Billboard Hot 100. A follow-up single "I Can't Stop Thinking of You", first introduced on the nationally televised Dean Martin Show won her the Cashbox Disc Jockey Poll as Most Promising Female Vocalist of 1965. While popular at nightclubs in Miami Beach, New York, Las Vegas and Puerto Rico, and on TV appearances with the Jackie Gleason, Tonight, and Dean Martin Shows, it would be 5 years before she scored another hit with "For the Love of Him", from the album of the same name. This song went to No. 1 on the Adult Contemporary chart and No. 13 on the Hot 100. The singer charted many smaller regional, Bubbling Under Hot 100 and Easy Listening chart records up to 1972.
Enjoy Bobbi Martin’s style!

For the love of him 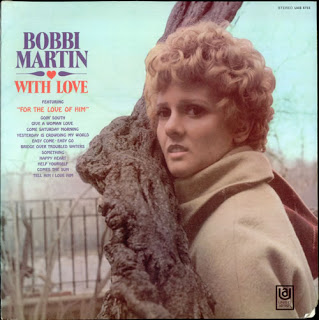 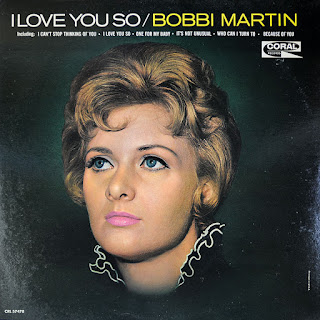