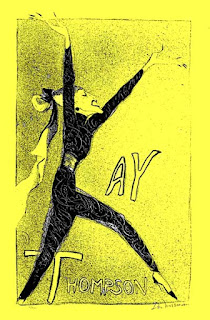 Here are several numbers by the iconic Kay Thompson.
Kay Thompson (born Catherine Louise Fink; 1909 – 1998) was an American author, composer, musician, actress and singer. She is best known as the creator of the Eloise children's books.
Thompson began her career in the 1930s as a singer and choral director for radio. Her first big break was as a regular singer on the Bing Crosby-Woodbury Show Bing Crosby Entertains (CBS, 1933–34). This led to a regular spot on The Fred Waring-Ford Dealers Show (NBC, 1934–35) and then, with conductor Lennie Hayton, she co-founded The Lucky Strike Hit Parade (CBS, 1935) where she met (and later married) trombonist Jack Jenney. Thompson and Her Rhythm Singers joined André Kostelanetz and His Orchestra for the hit series The Chesterfield Radio Program (CBS, 1936), followed by It's Chesterfield Time (CBS, 1937) for which Thompson and her large choir were teamed with Hal Kemp and His Orchestra.
For her motion picture debut, Kay and her choir performed two songs in the Republic Pictures musical Manhattan Merry-Go-Round (1937). In 1939, she reunited with André Kostelanetz for Tune-Up Time (CBS), a show that was produced by radio legend William Spier (who later married Kay in 1942). On an installment of Tune-Up Time in April 1939, 16-year-old Judy Garland was a guest. It was at this time that Kay first met and worked with Judy, developing a close personal friendship and professional association that lasted the rest of Garland's life.
In 1943 Thompson signed an exclusive contract with MGM to become the studio's top vocal arranger, vocal coach, and choral director. She served as main vocal arranger for many of producer Arthur Freed's MGM musicals and as vocal coach to such stars as Judy Garland, Lena Horne, Frank Sinatra, and June Allyson. She was vocal arranger for Ziegfeld Follies (1946), The Harvey Girls (1946), Till the Clouds Roll By (1946), Good News (1947) and other films. After working on The Pirate (1948) with Judy Garland and Gene Kelly, she left MGM to create the night club act "Kay Thompson and the Williams Brothers". She wrote the songs and Robert Alton did the original choreography for the act.
As a film actress, Thompson played one major role only: that of fashion editor Maggie Prescott in the musical Funny Face (1957). Reunited with her colleagues from MGM, producer and songwriter Roger Edens and director Stanley Donen, Thompson garnered critical praise for her stylish turn as an editor based on real-life Harper's Bazaar editor, Diana Vreeland, opening the film with her splashy "Think Pink!" and performing duets with Astaire and Hepburn.
Thompson only acted in one additional feature film, 1970's Tell Me That You Love Me, Junie Moon, because, according to its star Liza Minnelli, Thompson disliked the slow speed of production.
Thompson, who lived at the Plaza Hotel in New York City, became most notable as the author of the Eloise series of children's books. The books have been speculated to be partly inspired by the antics of her goddaughter Liza Minnelli, daughter of Judy Garland and film director Vincente Minnelli, though when asked if this was true, Thompson responded, "I am Eloise." The four books in the series, illustrated by Hilary Knight, are Eloise (Simon & Schuster, 1955), Eloise in Paris (Simon & Schuster, 1957), Eloise at Christmastime (Random House, 1958) and Eloise in Moscow (Simon & Schuster, 1959). They follow the adventures of the precocious six-year-old girl who lives at The Plaza. All were bestsellers upon release and have been adapted into television projects. She composed and performed a Top 40 hit song, "Eloise" (Cadence Records, 1956).
As a singer, Thompson made very few records, starting with one side, "Take a Number from One to Ten", on a 1934 session by the Tom Coakley band. In 1935, she recorded four sides for Brunswick ("You Hit The Spot", "You Let Me Down," "Don't Mention Love To Me," and "Out of Sight, Out of Mind"), and another four sides for Victor. The 4 Brunswick sides are excellent examples of mid-1930's sophisticated New York cabaret singing. She later recorded for Capitol, Columbia, Decca, and, most importantly, for MGM Records, which issued her only complete album of songs, in 1954. In February 1956, Thompson wrote and recorded the song "Eloise" at Cadence Records with an orchestra conducted by Archie Bleyer. The song debuted on March 10, 1956, and became a Top 40 hit, selling over 100,000 copies.
Throughout the 1950s and early 1960s, Kay mentored the solo career of the young Andy Williams. She helped land him a regular singing spot on NBC-TV's new late-night series, The Tonight Show, hosted by Steve Allen. She got her friend Archie Bleyer to add Andy to the roster of artists on his label Cadence Records where she wrote many of the songs Andy recorded, including the 1958 Top 20 hit "Promise Me, Love". She later recorded a spoken-word album for Signature Records, Let's Talk About Russia, which detailed her adventures in Moscow. Signature released a single of two songs by Thompson, "Dasvidanya" and "Moscow Cha Cha". She served as an adviser to Patti Page's 1957 television series.
Thompson kept busy with nightclub and television performances, as well as overseeing her successful "Eloise" franchise. She returned to live in New York in 1969. Immediately following the death of Judy Garland in 1969, Thompson appeared with her goddaughter Liza Minnelli in Tell Me That You Love Me, Junie Moon (1970). In 1974, Thompson directed a fashion show at the Palace of Versailles, featuring a performance by Minnelli and the collections of Halston, Bill Blass, Oscar de la Renta, and Anne Klein.
Enjoy Kay Thompson’s unique style! 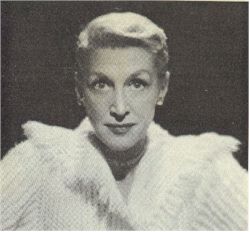 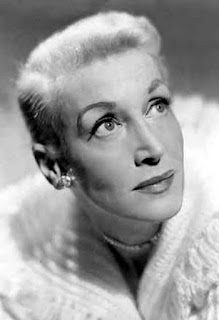 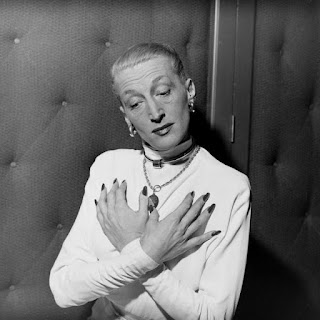 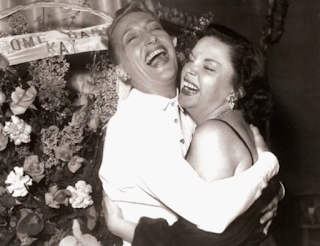 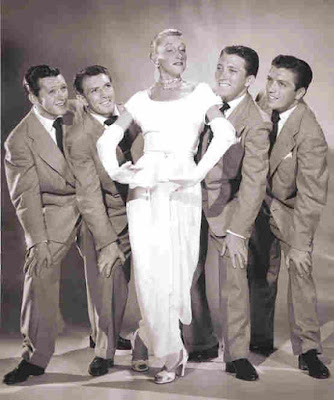 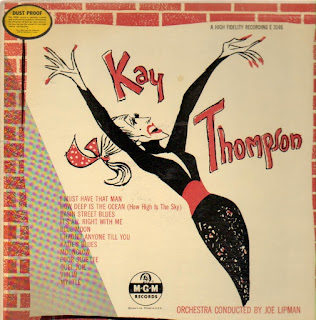 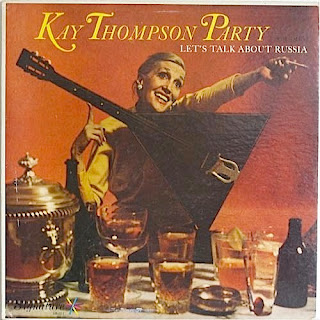 With Audrey Hepburn: On how to be lovely (from "Funny Face")

With Fred Astaire: Clap yo' hands (from "Funny Face") 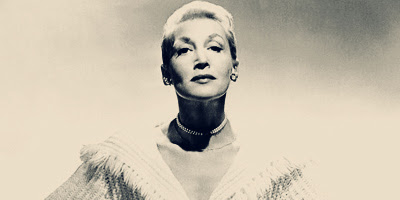