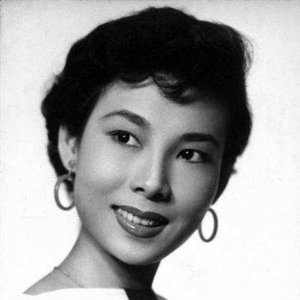 Here is a famous standard performed by one of the greatest Chinese singers, Poon Sow Keng.
Poon Sow Keng, her Cantonese name, was also well known by her Mandarin name, Pan Xiuqiong. She was born in Macau. Poon moved to Malaysia with her mother when she was about 16 and took up Singapore citizenship in the 1980s. With her signature song, "Lover's Tears", she became one of the most popular stars in the Chinese pop scene duing the 1960s / 70 and was affectionately known as "Queen of Alto".
Her career began at a very young age. When she was four, her family moved from Macau to Kuala Lumpur, where her father was working as a barber. She was a shy child who kept to herself. She would often be found in a corner of the house singing and humming. In school, she was almost always the one chosen as the representative in singing contests and school concerts.
“Since we were not well-off, my siblings and I didn’t have toys like other kids did. Instead, we treated singing like a game. To us, it was the cheapest and most enjoyable means of entertaining ourselves. I like to sing. As long as I can sing, I’m happy. I am never off-key. I am always on the nose in this respect. I could repeat a song after listening to it once, and always in the right key. My father brought me to a movie once, called Orioles Banished from the Flowers. As soon as I walked out of the cinema, I was able to hum all the songs on the soundtrack.”
She won second prize at a children’s singing contest when she was eight years old. At 12, she was already singing at an amusement park in Bukit Bintang in Malaysia. “I would be in school in the day, and by 4 o’clock in the afternoon, I would be at the getai. I would earn 40 ringgit a month which was quite a large sum in those days.”
“My parents used to tell me that I would always have this smile on my face whenever I was waiting for my turn to sing onstage. And I performed like a veteran even though I was very young then.”
At 15, she was performing more often in Singapore, as the entertainment scene here was thriving with the three amusement parks, nightclubs and hotels which were all engaging singers to perform. She was also earning more, a few hundred dollars a month. She was happy because she was able to help out in a big way with the family finances, “There were nine mouths to feed at home. Finances were tight. I never thought working at such a young age was a burden. Instead, I was genuinely happy to sing for a living. I felt honoured to be able to help improve the circumstances of my family.”
The same year, she signed on as a recording artist with a company in Singapore and released her first album. “The recording industry wasn’t as organised as it is today. There were no songwriters who would come up with songs for your album. Most of the songs we sang then were popular oldies or those with Mandarin lyrics sung to melodies from the region or the west.”
Songs like Bali Island, Bengawan Solo, White Sheer Scarf, etc. became big hits among the Chinese communities in the region after Poon sang to the tunes of these famous Indonesian songs. When she was 17 years old, she became the youngest singer signed on under the Pathé record label in Hong Kong, and also the only singer from Southeast Asia in its stable. She would go on to release more than 100 record albums.
Poon’s singing career reached new heights. She would shuffle back and forth between Hong Kong and Singapore via the steamship for her album recordings and singing engagements. She was soon singing at prestigious establishments like the nightclub at the Singapore Hotel as well as at the restaurants at the Cathay Building. She would also grace cha-cha parties thrown by post-war British officers on the top floor of the New 7th Storey Hotel, now demolished, but was a five-star hotel in the 1950s and 1960s. She would also perform in nightclubs all over Hong Kong. Poon’s stint in Hong Kong would continue till 1986, when she was invited to start singing classes to nurture a new generation of talent at the then Singapore Broadcasting Corporation (SBC). The class of more than 40 students were made up of many faces that would soon become well-known singers on the station’s programme “Sing Sing Sing”. Poon resigned six years later to devote her energies to charity work, singing for the less fortunate here as well as overseas. Very often, she would sing her signature tune, A Lover’s Tears.
“The tears I shed now are no longer tears of a lover. They are tears of happiness, tears of care and concern. They are really tears of gratitude.”
Enjoy Poon Sow Keng’s voice! 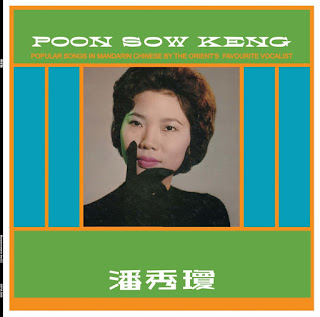 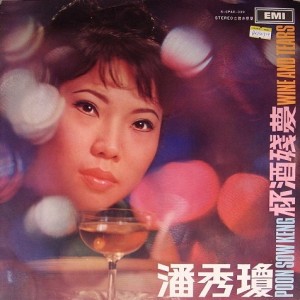 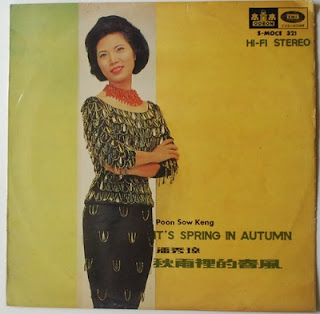 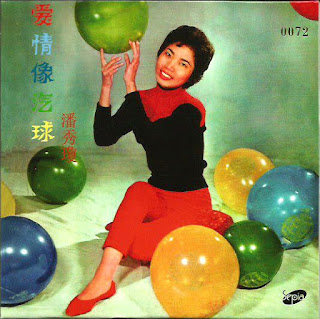 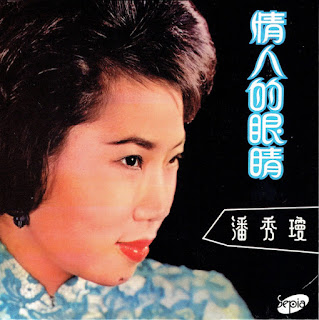 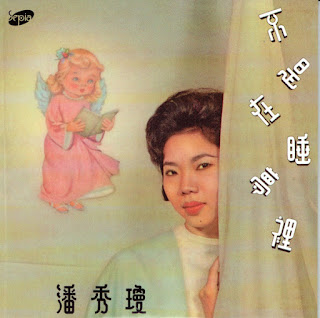 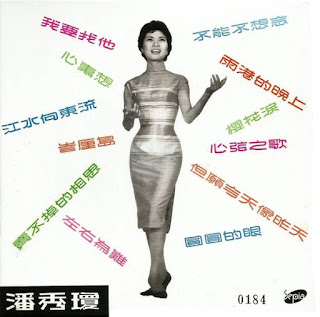 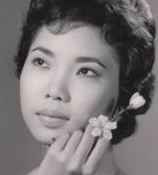