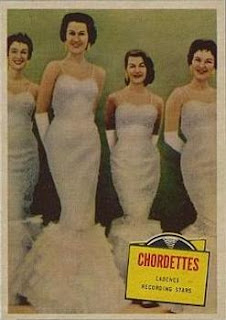 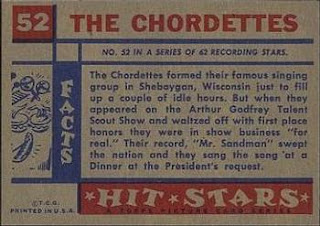 Here are 2 famous songs by the great vocal group The Chordettes.
The Chordettes were an American female popular singing quartet, usually singing a cappella, and specializing in traditional popular music.
The group organized in Sheboygan, Wisconsin, in 1946. The original members of the group were Janet Ertel, Carol Buschmann (her sister-in-law), Dorothy Schwartz, and Jinny Osborn/Lockard (1927 – 2003). In 1952 Lynn Evans replaced Schwartz and in 1953, Margie Needham replaced Osborn (who was having a baby), though Osborn later returned to the group. Nancy Overton also was a member of the group at a later time. Originally they sang folk music in the style of The Weavers, but eventually changed to a harmonizing style of the type known as barbershop harmony or close harmony.
Their biggest hit was "Mr. Sandman" in 1954. They also hit No. 2 with 1958's "Lollipop" and also charted with a vocal version of the themes from Disney's Zorro (U.S. #17) (1959) and the film Never on Sunday (U.S. #13) (1961). Other hits for the girls included "Eddie My Love" (U.S. #14), "Born to Be With You" (U.S. #5), "Lay Down Your Arms" in 1956, and "Just Between You and Me" (U.S. #8) in 1957. Their cover of "The White Rose Of Athens" hit the Australian Top 15 in May, 1962. The US single "In The Deep Blue Sea" was a one-week Music Vendor entry four months later (#128).
The group was inducted into the Vocal Group Hall of Fame in 2001.
The longest living member of the Chordettes who has sung on all the Chordettes' recordings, both a cappella and Cadence recordings, is Carol Buschmann. Lynn Evans Mand sang on all the Chordettes' Cadence Recordings. In 2004, Mand appeared on a PBS television special Magic Moments: The Best of 50s Pop, with other 1950s pop icons, singing "Lollipop." Buschmann, Mand and Margie Needham Latzko, are the surviving singers who recorded "Mr. Sandman". Janet Ertel Bleyer, the other singer on that recording, died in 1988.
Their song "Mr. Sandman" was featured in the movies Halloween II (1981), Back to the Future (1985), Uncle Buck (1989), Mr. Nobody (2009), The Little Death (2014), and Deadpool (2016), and in the "Sleep No More" episode of Doctor Who. It was also featured in the Haven episode "Enter Sandman" (Season 5 Episode 17), just a couple of weeks before the Doctor Who episode was broadcast.
"Lollipop" was included in the 1986 film Stand By Me.
Enjoy the retro style of The Chordettes! 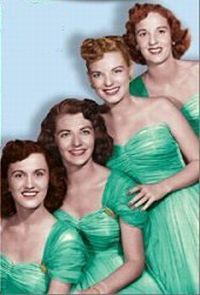 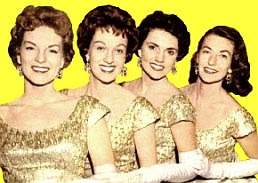 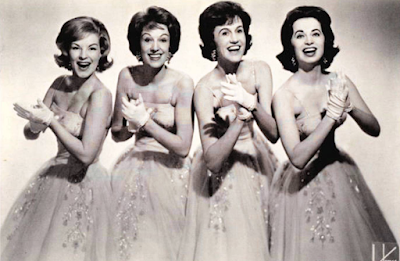 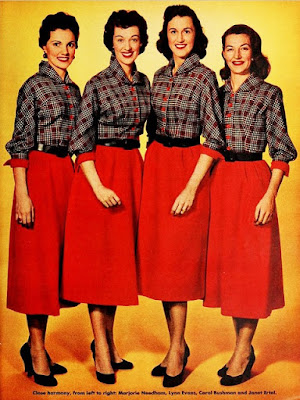 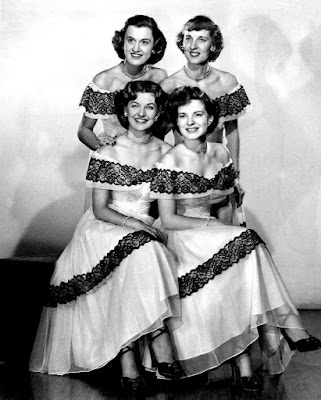 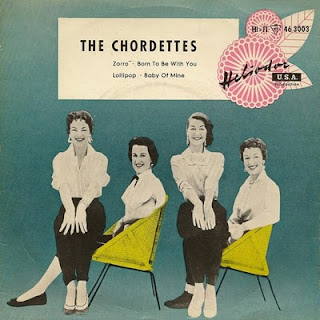 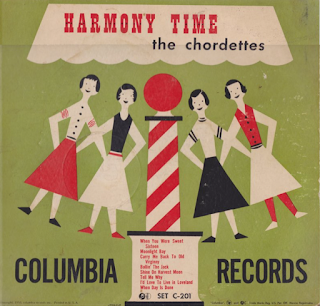 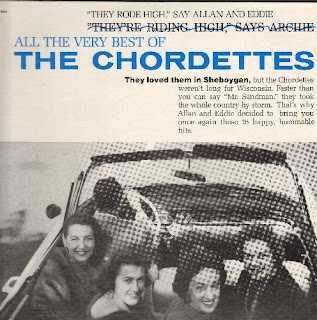 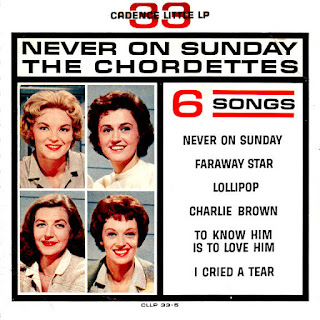 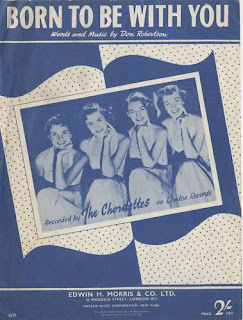 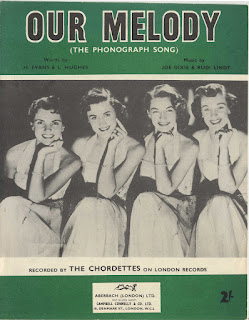 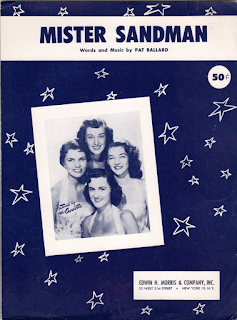 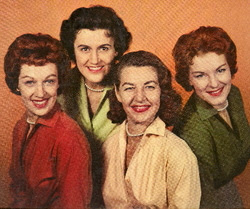