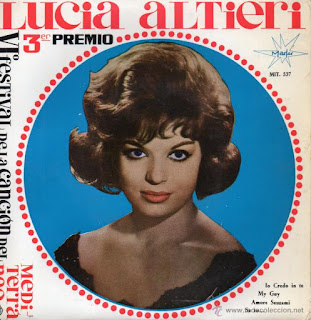 Here is a beautiful song beautifully performed by the great yet forgotten Italian singer Lucia Altieri.
Lucia Altieri Nasillo ( born in 1938 ) was famous in the sixties.
After having participated in 1959 in a song contest she is noticed by maestro Gino Mix and gets a recording contract with Phonocolor.
She sings at the Festival of Naples in 1961 where she reaches the final with. In 1962 she participates in the Great Piedigrotta Festival. That same year she makes her debut at the Sanremo Festival, but she does not access to the final, and returns to the Festival of Naples with the Ennio Morricone song Tu staje sempe cu me.
Later she participates in other musical events, winning the International Festival of Benelux.
In 1966 she represents Italy at the Festival of Popular Song where she wins second place.
In the second half of the seventies most of her activities take place in Cuba.
Enjoy the sweet voice of Lucia Altieri! 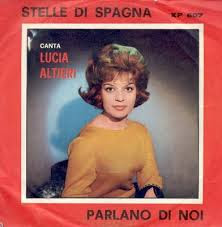 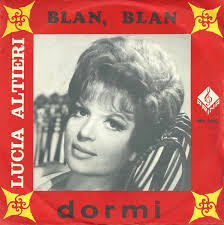 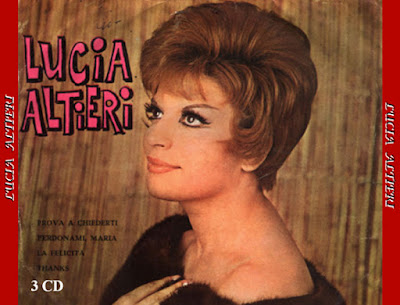 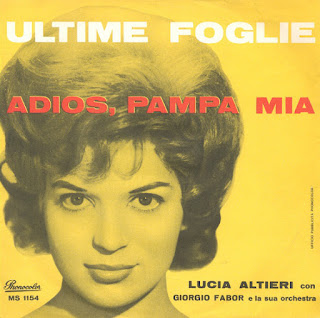 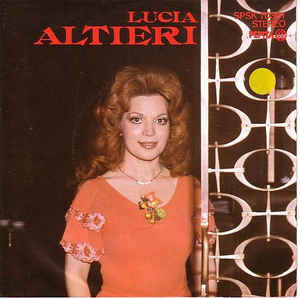 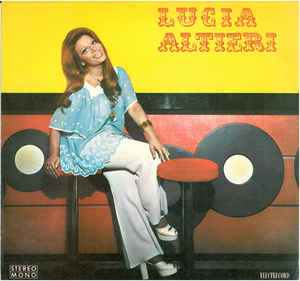